I discoverd Stelios Faitakis two years ago, at the Venezia Art Biennale, where he had painted a big mural on the wall of the Danish pavilion. His art captures the mood not only of the crisis in his native Greece, but also the global crisis of capitalism. Faitakis’ pictures look like something painted by a medieval monk beamed into our modern age, trying to document the society around him. The result is a striking visual language, which elevates the battles of our time to something much deeper than just angry young men throwing rocks at riot police. 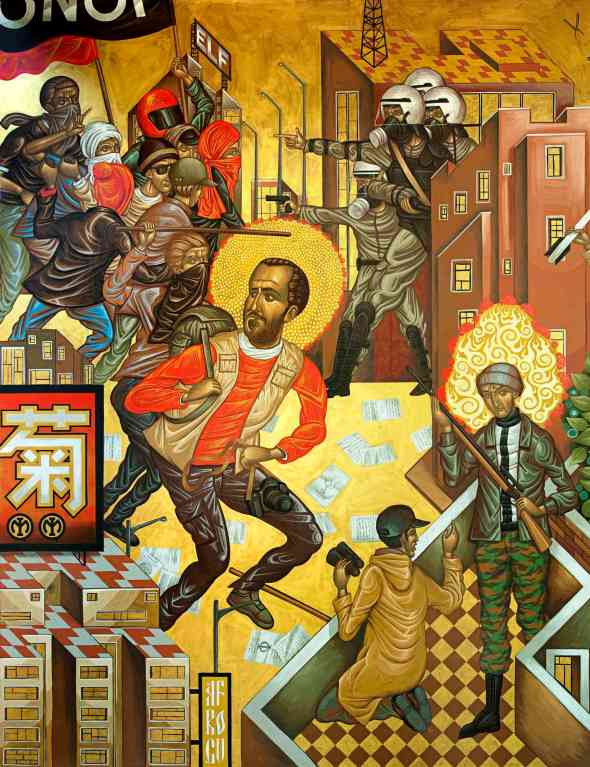